Aaron Spelling This man was a huge part of my formative years. Aaron Spelling, the man who taught everyone the zip code for Beverly Hills has passed away. 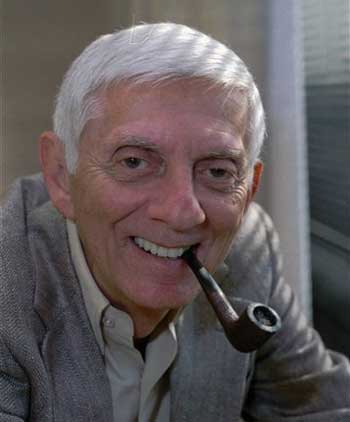 Spelling, a onetime movie bit player who created a massive number of hit series, from the vintage "Charlie's Angels" and "Dynasty" to "Beverly Hills 90210" and "Melrose Place," died Friday, his publicist said. He was 83.

Spelling died at his home in Los Angeles after suffering a stroke on June 18, according to publicist Kevin Sasaki.

During the 1970s and 1980s, Spelling provided series and movies exclusively for ABC and is credited for the network's rise to major status. Jokesters referred to it as "The Aaron Broadcasting Company."

Success was not without its thorns. TV critics denounced Spelling for fostering fluff and nighttime soap operas. He called his shows "mind candy"; critics referred to them as "mindless candy."

"The knocks by the critics bother you," he admitted in a 1986 interview with The Associated Press.

"But you have a choice of proving yourself to 300 critics or 30 million fans. You have to make a choice. I think you're also categorized by the critics. If you do something good they almost don't want to like it."

Spelling had arrived in Hollywood virtually penniless in the early 1950s. By the 1980s, Forbes magazine estimated his wealth at $300 million. He enjoyed his status, working in a Hollywood office larger than those of golden-era moguls ("I'm slightly claustrophpobic," he explained.) He gifted his second wife, Candy, with a 40-carat diamond ring.

Spelling grew up in a small frame house on Browder Street in Dallas "on the wrong side of the tracks," he wrote in his 1996 autobiography. He was the fourth son of immigrant Jews, his father from Poland, mother from Russia. The father's name, Spurling, was simplified to Spelling by an Ellis Island official.

Spelling enlisted in the Army Air Corps after graduating from high school in 1942.

"I grew up thinking 'Jew boy' was one word," the producer wrote in his memoir, "Aaron Spelling: A Prime-Time Life." He was considered strange by his Dallas schoolmates because his parents spoke Yiddish. He was subjected to anti-Semitic taunts and beatings on his way home from school.

At 8, the boy suffered what he termed a nervous breakdown, and he spent a year in bed. He later considered that period the birth of his creative urge. He fell in love with great storytellers, especially O. Henry. Of his early TV series he said, "They are all O. Henry short stories."

Rest in peace, and thank you friend.

1 I always liked this guy. Unlike some Hollywooders, he seemed very down to earth despite his tremendous success. My condolences to his friends and family. (And Heather Locklear)

2 Alas, he leaves behind him the dubious legacy of Tori. Kevin